About Us - Grand Arcade 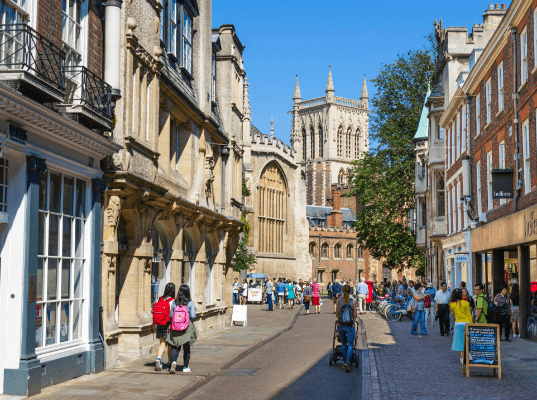 The heart of Cambridge city centre

Listed buildings and historic frontages along St Andrew’s Street frame the entrance to Grand Arcade which is marked by its signature and stylish metal signage curled above the wide and spacious opening. Sweeping avenues create elegant open atrium spaces lined with carefully curated retailers, and the naturally ventilated design is crowned by lofty arcs of curved glazed roof spanning the full length of the arcades to flood the centre with daylight and create a canopy of stars come nightfall. 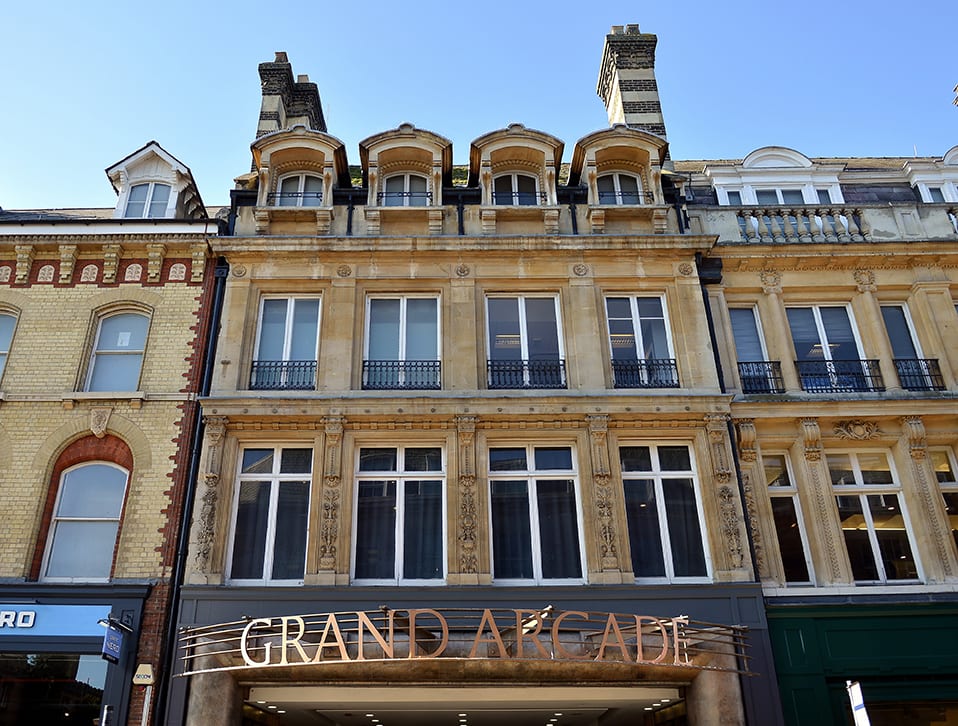 A building steeped in history

Designing and building Grand Arcade came with challenges; the 2.8-hectare site marked the single largest redevelopment ever undertaken within the historic heart of the city and featured one of the largest archaeological digs to take place in Cambridge. However, the choice to create a vibrant and welcoming urban retail offering in the centre of the city is widely acknowledged as a success. The creation of Grand Arcade also kept the beloved Robert Sayle department store, which became John Lewis, in the middle of the city by offering an alternative to moving to larger out-of-town premises. 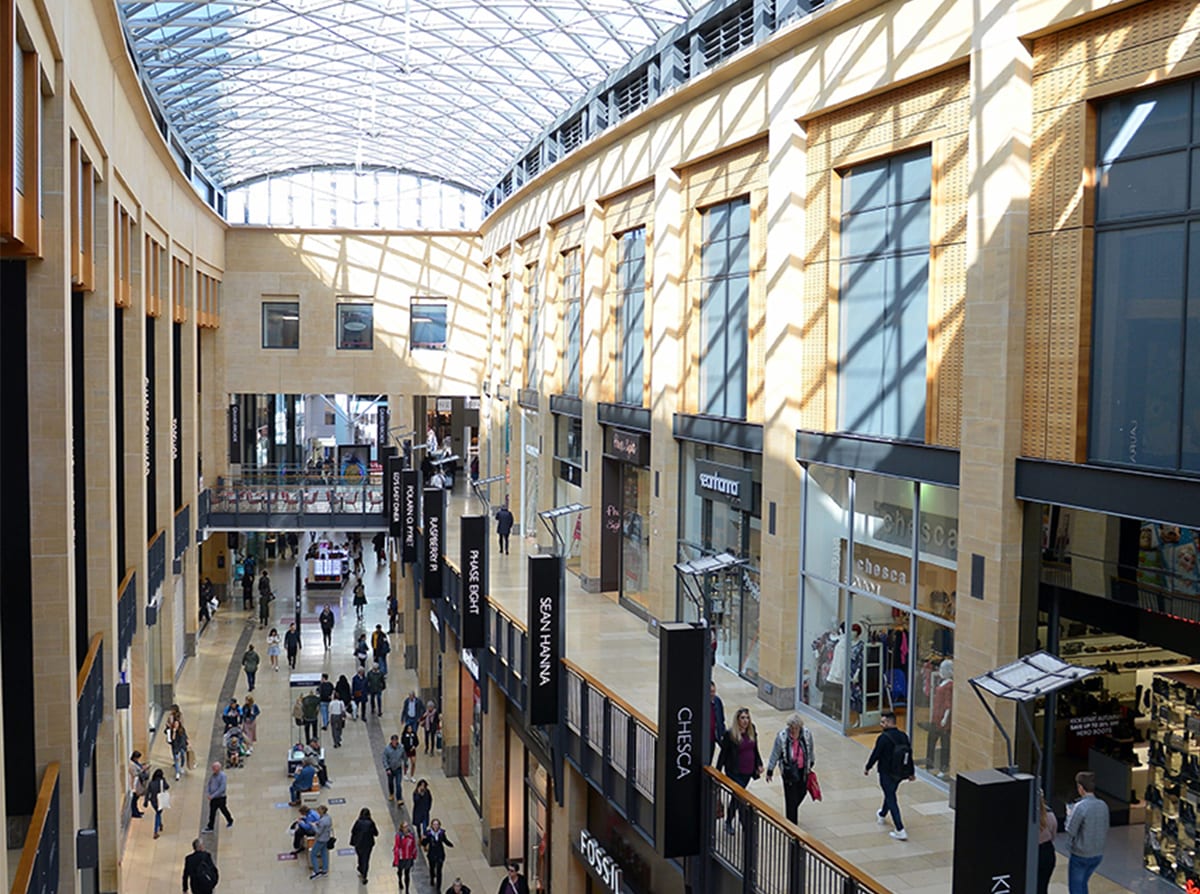 Drawing on the architecture of the city around it, Grand Arcade has evolved well over the years reflecting the timeless elegance of design, choice of high-quality natural materials such as stone, glass, steel and timber, and brand names that continue to attract shoppers from both near and far. 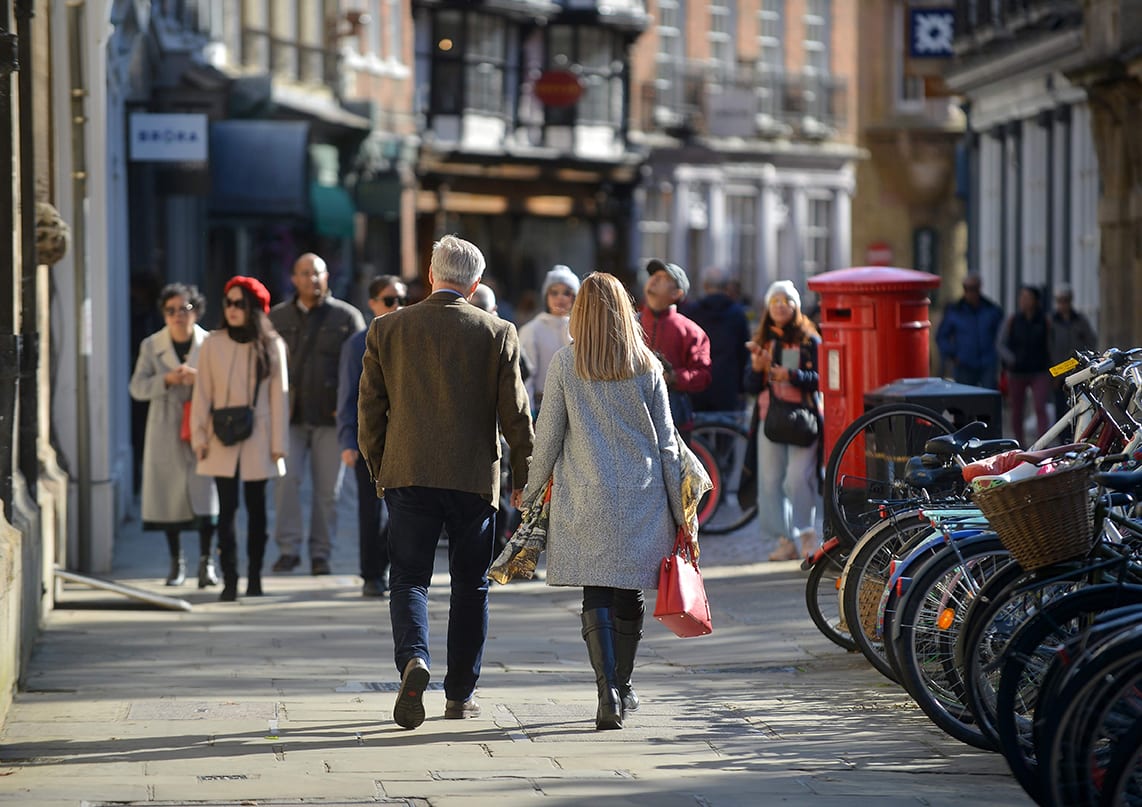 John Lewis & Partners flagship store anchors Grand Arcade offering three floors of fashion, beauty, accessories, home and technology as well as a rooftop café and brasserie which command spectacular views across the cityscape. The extensive beauty hall offers Beauty Guides who know everything there is to know about must-have make-up, and Personal Stylists for men and women are available on the first floor alongside some seriously stylish brands, including Mother of Pearl – the John Lewis & Partners newest and most sustainable collaboration to date. 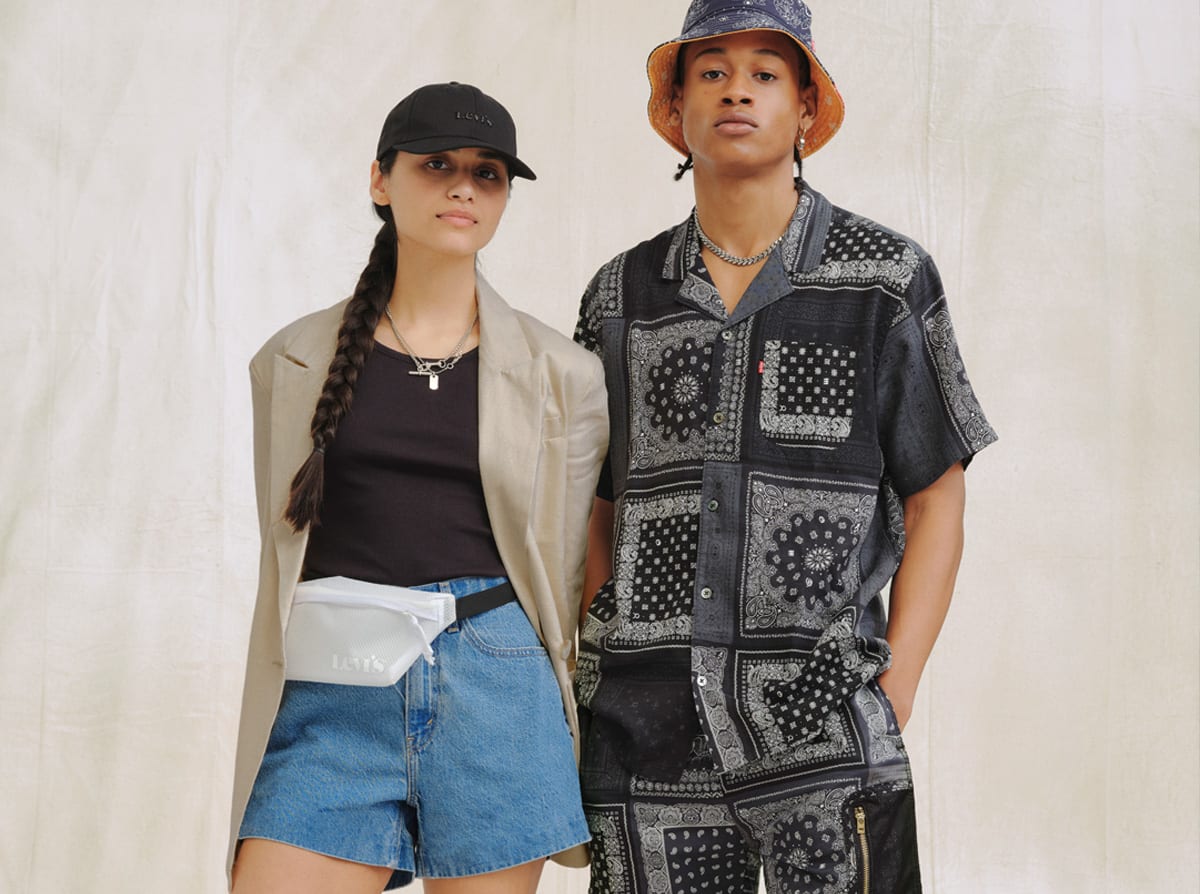 The style offering and customer service at Grand Arcade is second to none with Mango, Skechers, Levi’s, Ted Baker, Hobbs and Russell & Bromley rubbing shoulders with Gant, Kurt Geiger, Skechers and Hollister. Then there’s Tesla, Apple and Rutland Cycling as well as Rigby & Peller, Pandora, Kiko, Polarn O. Pyret and Fossil bringing an array of choice spanning fashion for women, men and children, lingerie, beauty, accessories, jewellery, tech, cars and cycling. Many of our stores offer a Click & Collect service as part of the retail experience. 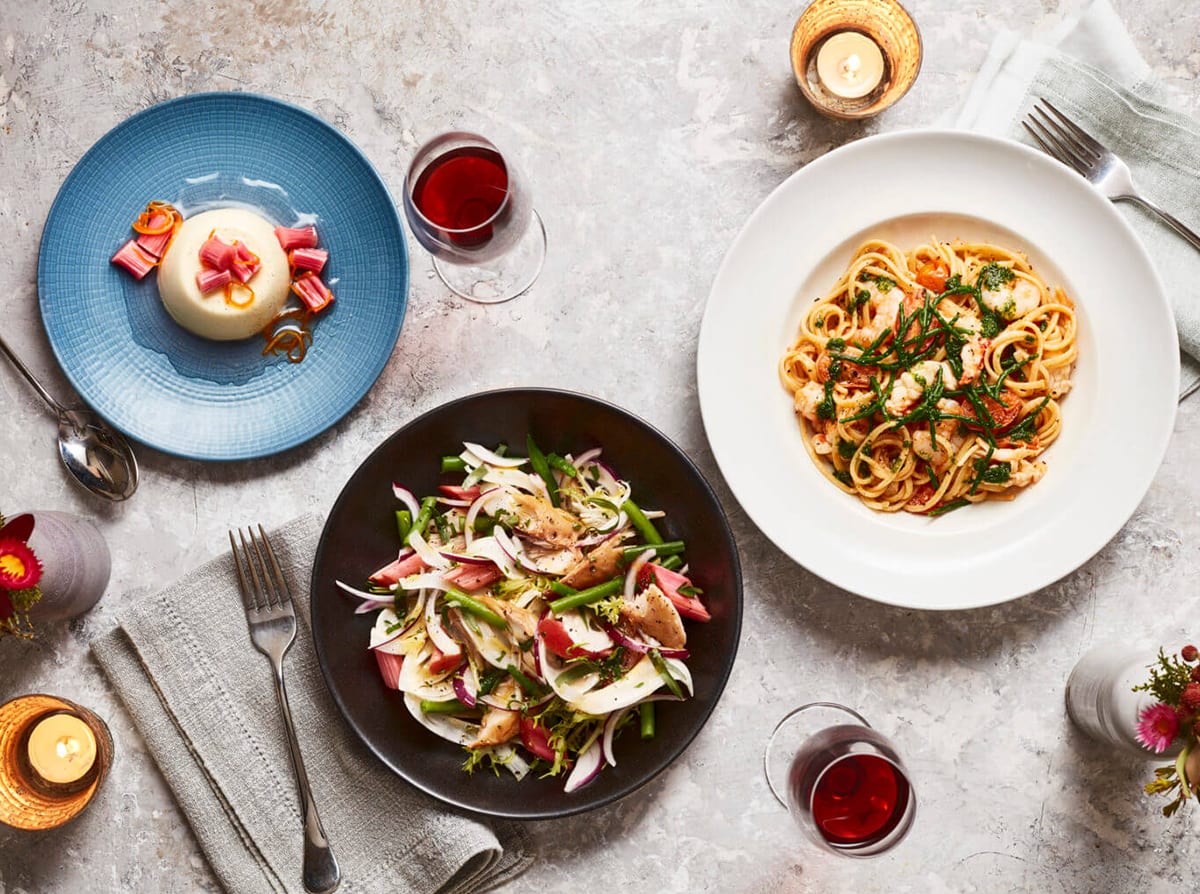 Food and drink are also on the Grand Arcade menu, from coffee courtesy of Costa and Starbucks to delicious, hand-made chocolate treats from independent shop Chocolat Chocolat and all-day, Italian-style dining at Carluccio’s – we have something for all tastes and appetites. 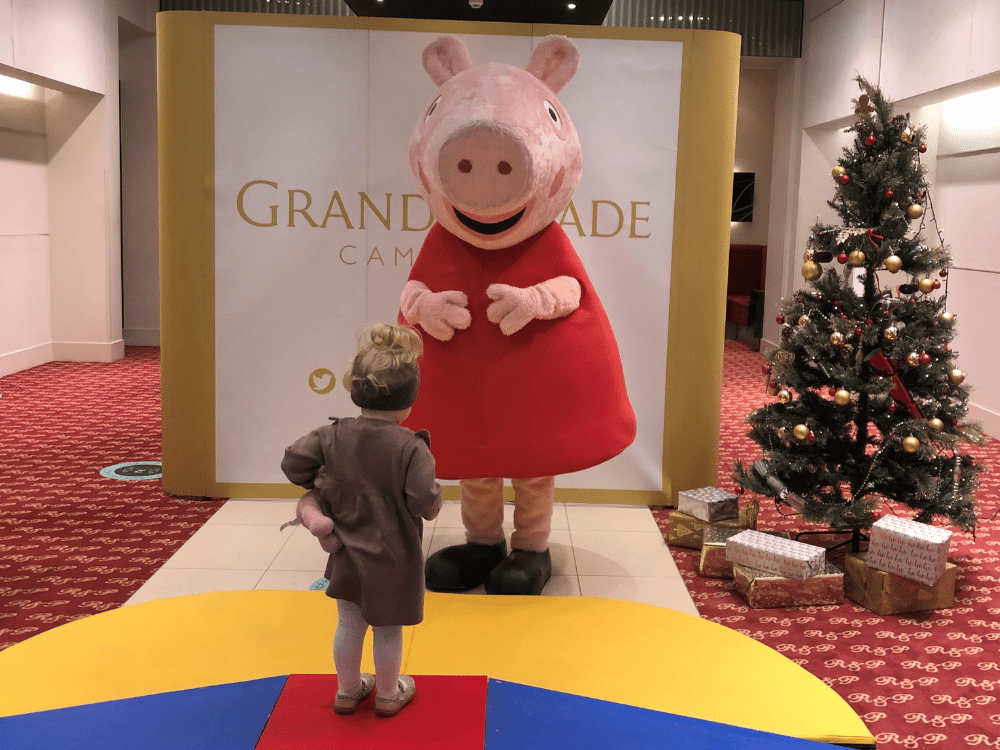 While current COVID-19 guidelines are being scrupulously followed by all retailers and restaurants at Grand Arcade, the centre has used its splendid surrounds to host a number of full-house events over the years. Grand Arcade has presented many fashion events combining spectacular live musical and dance performances with catwalk fashion presentations showcasing new season collections. Local charity Cambridge Breast Cancer Appeal has collaborated with lingerie store Rigby & Peller and Grand Arcade to present annual fashion shows raising money for the Breast Cancer Unit at Addenbrooke’s Hospital in Cambridge. 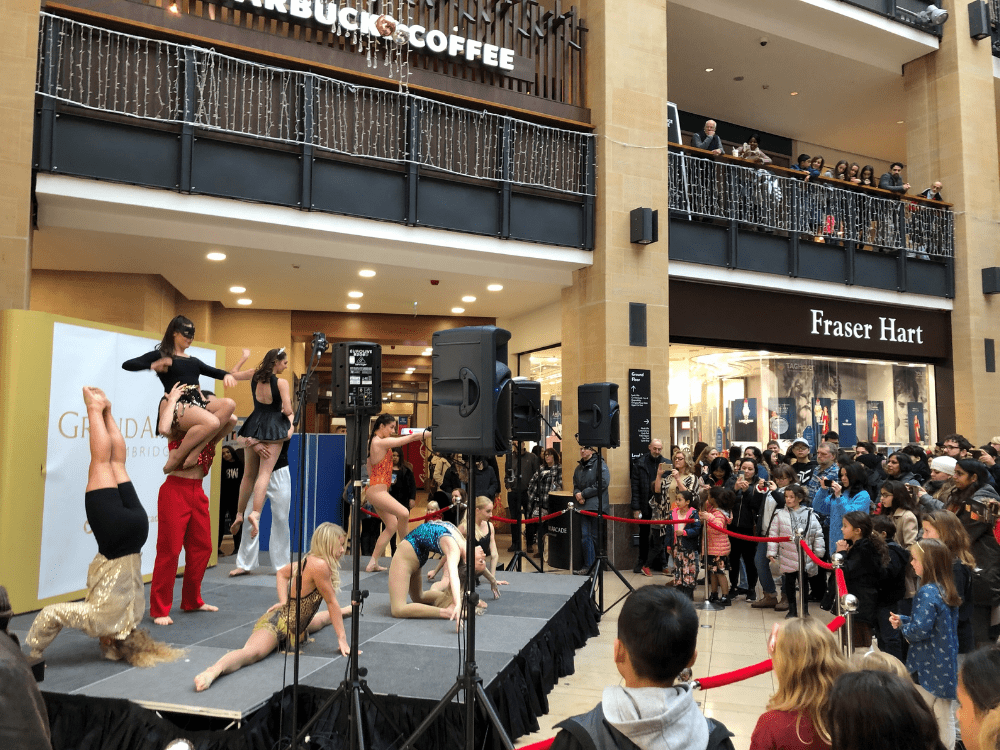 The Christmas Lights Switch-on is a firm family favourite attracting visitors to the centre every November to enjoy the fabulously festive lights display and count-down entertainment, which will take be streamed live on Sunday 21st November this year. The centre has hosted visits from Strictly Come Dancing celebrities, the Tour de France Stage Trophy and, this year, saw dinosaurs taking over the arcade. 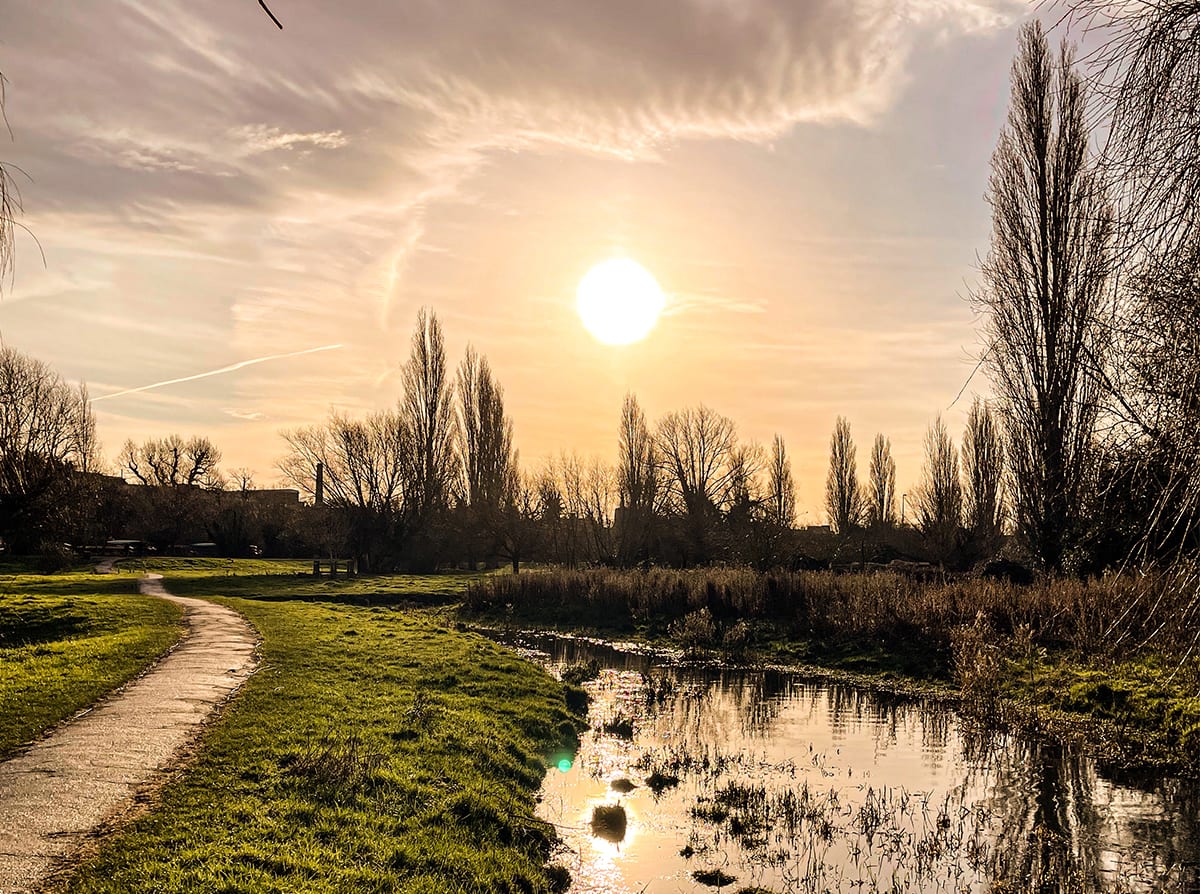 Grand Arcade through the years

The launch of Grand Arcade Magazine, a biannual publication showcasing the fashion and beauty offering at the centre presenting new trends every spring and autumn

Grand Arcade beats competition from international shopping arcades around the world to win the prestigious global marketing Best of the Best International Council of Shopping Centres Award for Advertising Effectiveness for its Architects of Fashion campaign, recognising the creative content and the effectiveness of the campaign, which marked the centre’s launch and first Christmas

Grand Arcade hosts the University of Cambridge Solar Car exhibition showcasing Endeavour Version 2.0 designed to compete in the World Solar Challenge – a 3000km race through the Australian Outback, from Darwin to Adelaide

Student Night at Grand Arcade invites students to enjoy a range of discounts in selected stores and restaurants. Entertainment comes in the shape of Lola Lo’s resident DJ, grass skirts and delicious mocktails. Lots of goodie bags were up for grabs and there were make-up masterclasses by John Lewis & Partners beauty experts. Cambridge Style Week model and talent scouts were also on site

October 2016 marked the first Cambridge Breast Cancer Appeal fashion show in collaboration with Rigby & Peller. The fashion show has been an annual event in the Grand Arcade since 2016 and has raised £38,698.44 over four shows to date

The actor Warwick Davis, who appeared in the Harry Potter and Star Wars films, among others, is the guest of honour at the Grand Christmas Lights Switch-on event attracting more than 50,000 people to the countdown ceremony

Through a year of pandemic, Grand Arcade managed to host more than 11 events including the first-ever exhibition made of LEGO® bricks. From DNA and the Big Bang to Mozart, Martin Luther King and mobile phones, LEGO® artist Warren Elsmore and his team created a celebration of our shared stories, struggles, and triumphs, made from everyone’s favourite Danish toy. More than 45 models were installed through the Grand Arcade walkways to make you smile, to make you think, and to inspire all of us to build a better world Richard Marsham from Cambridge Independent.

How to get here

We use cookies on our website to give you the most relevant experience by remembering your preferences and repeat visits. By clicking “Accept”, you consent to the use of ALL the cookies.
Cookie settingsACCEPT
Manage consent

This website uses cookies to improve your experience while you navigate through the website. Out of these, the cookies that are categorized as necessary are stored on your browser as they are essential for the working of basic functionalities of the website. We also use third-party cookies that help us analyze and understand how you use this website. These cookies will be stored in your browser only with your consent. You also have the option to opt-out of these cookies. But opting out of some of these cookies may affect your browsing experience.
Necessary Always Enabled

Performance cookies are used to understand and analyze the key performance indexes of the website which helps in delivering a better user experience for the visitors.

Analytical cookies are used to understand how visitors interact with the website. These cookies help provide information on metrics the number of visitors, bounce rate, traffic source, etc.

Advertisement cookies are used to provide visitors with relevant ads and marketing campaigns. These cookies track visitors across websites and collect information to provide customized ads.

Other uncategorized cookies are those that are being analyzed and have not been classified into a category as yet.